Free Range Tarots magazine ad, is part of an ongoing exploration of the tarot. Hardcore Tarot enthusiasts often store their deck in circumstances that is supposed to “cleanse its energy”. But to my knowledge no one else has gone as far as to advise exposing them to the free outdoors.

The cards featured in the ad are known as the Keishobou Tarot, the first tarot deck designed in Japan. Early 1970s. It curiously combines elements from the well known early 20th century Rider-Waite-Smith deck (the most well-known tarot designs in occult circles and pop media) with the classical medieval woodcut style from the historical Tarot De Marseille family of decks. 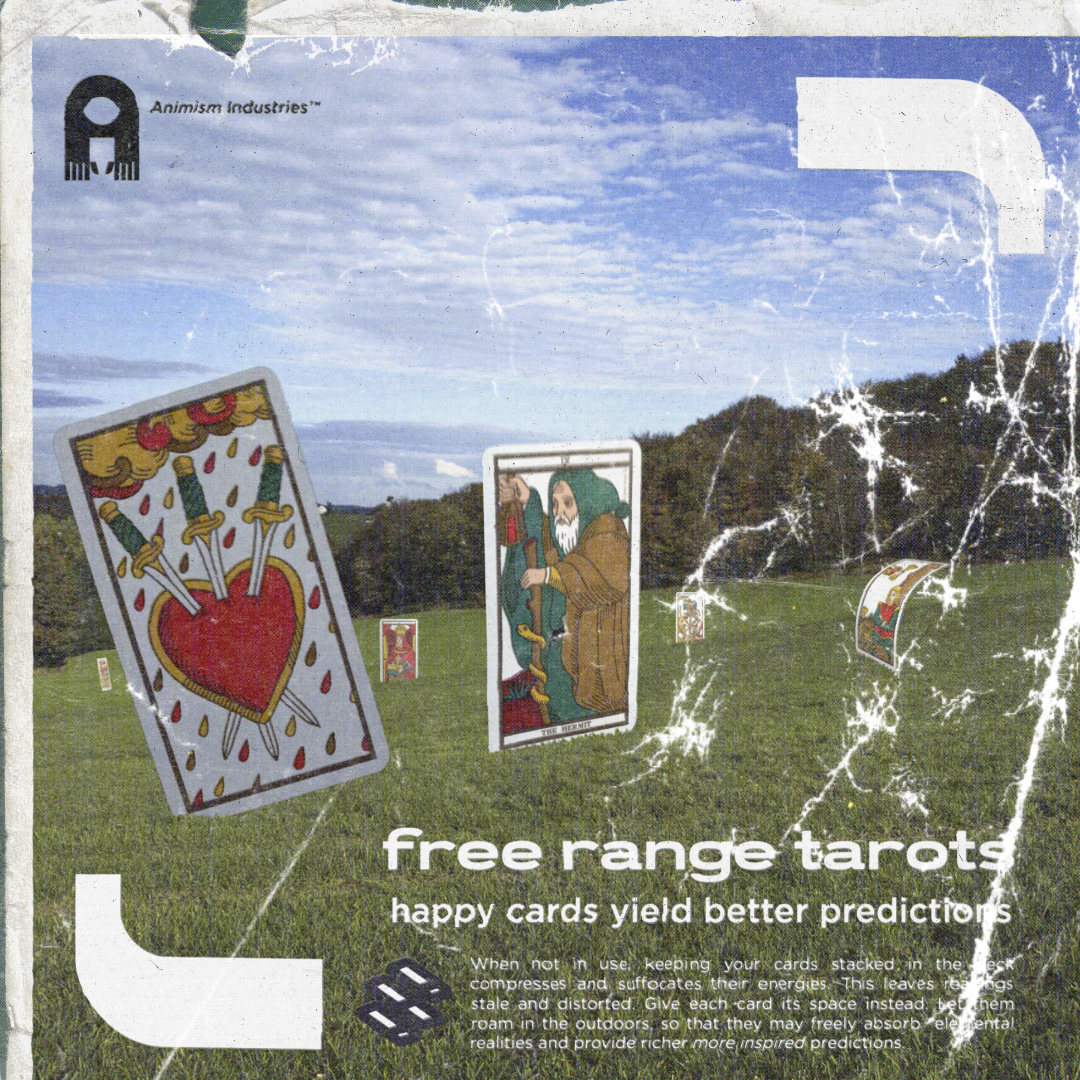