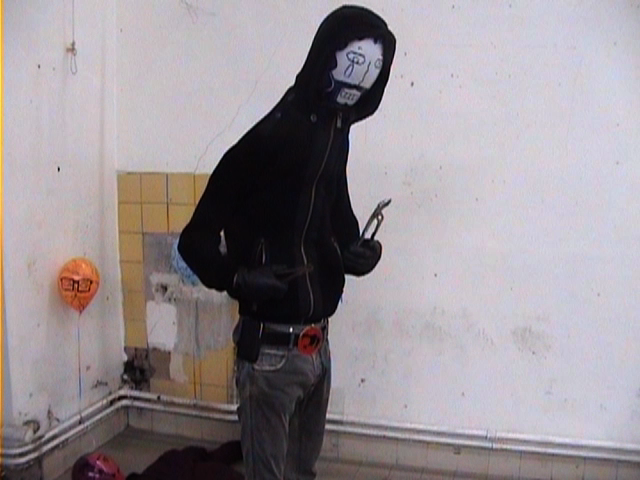 Made for the Experimental module in the Master’s trajectory of the Royal Academy, Ghent, BE.

All characters in this film are balloons. A guy named Superninja loses his marbles over some half-remembered dream. He decides to re-enact his dreams in order to explore their meaning. To avoid having to pay actors (or even just finding actors who’d put up with the violent and uncensored contents of Superninja’s dream diary) he uses balloon effigies instead.

In the process he is confronted with his own balloonoid existential status. Under manipulation by a random bum named Mr Von Nazareth, Superninja slowly loses his ability to see the difference between his disposable balloon effigies and his longtime friends and family (who, admittedly, are also balloons.) 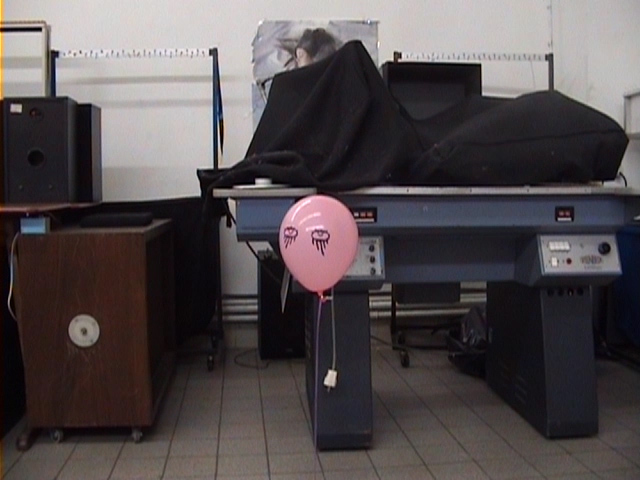 Balloon-men has a… special… look and feel, motivated by two central ideas (that are reflected in the actual story). The first starting point was to make a movie as fast and cheaply as possible. This ambition was inspired, on one hand, by an entire history of amateur filmmaking (from ancient super-8 home movies, cheesy shot-on-video horror to, of course, the Youtube-boom) and on the other hand by a more self-aware trash-film-culture, with heroes like John Waters (Multiple Maniacs) and David O Reilly (RGBXYZ and Octocat). These influences will, by the way, be blatantly recognisable in Balloon-men.

The cheap, fast and dirty way of working, in which even actors are replaced with balloon-heads with faces, speaking through computer-voices, led to a second concept; that of a dynamic film. In line with the themes of non-linear dream logic within the “plot”, it felt appropriate to shoot Balloon-men as fragments, separate scenes, that would be assembled live during screenings of the film, making each showing slightly or drastically different from the previous one. After all, the ultra-cheap production values allowed for a scene to be shot and edited in just a few hours, even moments, before the screening itself.

At the end of the day I guess Balloon-men is about the urge to avoid self-censorship. Its pretentiousness must be constantly negated by its dumbness and vice versa (?) and when it, as such, gets stuck in an endless loop of justifying both these levels of poor taste (which in itself is a symptom of uncertainty, and thus self-censorship) it will have to escape from this loop through its form. It falls apart and reassembles itself until every social human preoccupation is exorcised. This sounds like it wants to be pretty deep, but that’s just you projecting depth onto a rubber surface, expanded into a sphere by the void.

Above is an old recording of a live performance rehearsal of Balloon Men. Dialogues and subs are in Dutch, for which I apologise.

Additionaly, Ghent’s Art Cinema OFFoff has kindly uploaded some snippets from a later performance at their venue. ->